We rejoice because the antifascist and antiracist movement forced Prime Minister Antonis Samaras and Minister of Public Order Nikos Dendias, who protected the activity of neo-Nazi Golden Dawn, to proceed to arrest the heads of the assault squads Michaloliakos and Kassidiaris.

The massive outcry and the vibrant angry antifascist demonstrations after the murder of Pavlos Fyssas in Keratsini, left no breathing space either for the government nor to Justice authorities, that in previous cases, such as the murder of Sachzat Loukman despite the apparent relationship of murderers with the Golden Dawn, stagnated ostentatiously.

We will not be complacent, we will not stop until we dismantle all of those responsible. Along with Michaloliakos and Kassidiaris Dendias should be found in prison because he was the political head of Hellenic Police, who pioneered the cover-up of the activities of neo-Nazis and police departments have become friendly havens for Golden Dawn members, places of torture of migrants with racist treatment being the norm. Racist sweeps, concentration camps, torture with the aid of instruments in Amygdaleza concentration camp opened the adoption of the racist agenda of Golden Dawn. In the police Headquarters, antifascists were tortured when they marched to Aghios Panteleimon (a neighborhood targeted by Golden Dawn). The "experiment of Agios Panteleimon" bears the stamp of ministers from both New Democracy and PASOK cooperating to the cover-up of pogroms and paving the way for Golden Dawn . It was Dendias’ colleagues who led the cover-up of the scandal of kidnapping of Pakistanis were not found at the helm of EYP (National Information Service) by accident at the head of research on Paul Fyssas’ murder. The 2nd Department of State Security directs the pro-Nazi persecutions coordinator KEERFA Petros Konstantinou. The theory of ‘two extremes’ was used as a weapon to legitimize Golden Dawn and to demonize the Left, as a supposedly being more dangerous than fascism!

We escalate our activity with the organization of the International and Nationwide Antifascist meeting on 5 and 6 October in Rouf Basketball courts in Athens. The Antifascist Meeting with a nationwide Meeting Saturday, October 5 and the International meeting against fascism on Sunday, October 6th is the opportunity for the movements to discuss their experiences and to shape our policy to turn the tide of Golden Dawn and smash the racist campaigns of the government .

The anti-fascist and anti-racist movement will dismantle neo-Nazis and the government who backed them. 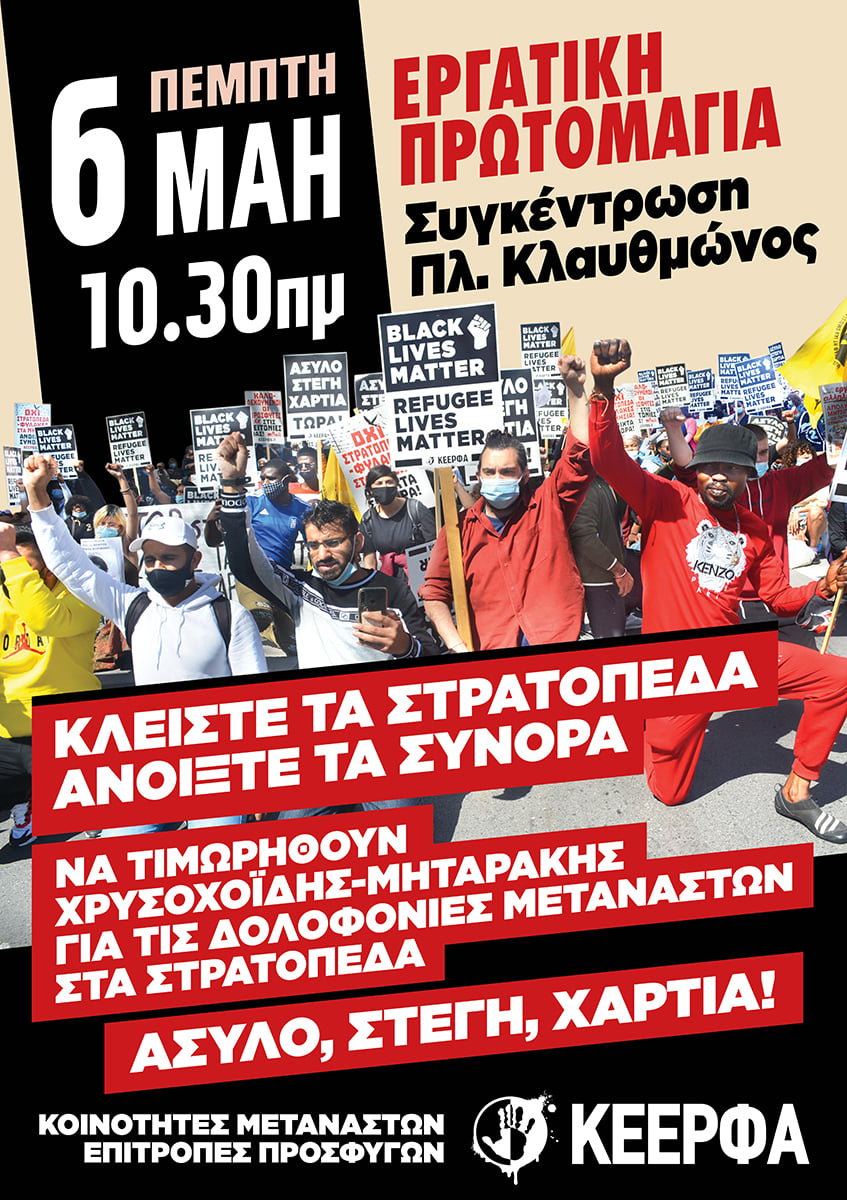