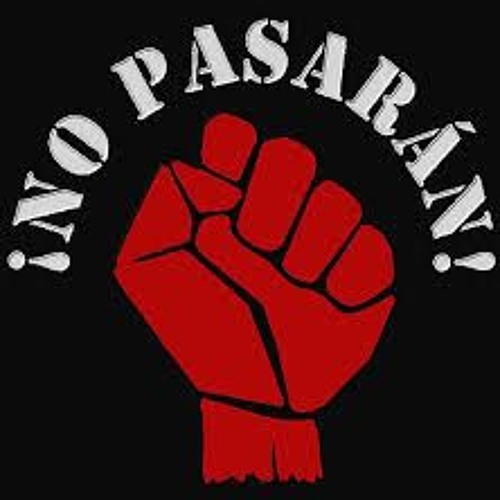 KEERFA ( Movement Against Racism and the Fascist Threat), denounces an attack by a group of fascists on Sunday, October 3, at KEERFA’s event in the square at the New Heraklion section of Athens. It was an event organized by to commemorate the one year since the historic condemnation of the Nazi gang of Golden Dawn and in preparation for the big upcoming anti-fascist rally on October 9. The fascists are encouraged by the government's tolerance of the recent fascist attacks in Stavroupoli in Thessaloniki at the expense of the KNE militants (Communist Party Youth), and are trying to re-establish themselves in the neighborhoods with storm troops.
Before the start of the event, and while members of KEERFA were setting up for the meeting and calling through the mic on bystanders to participate, a group of 15-20 fascists, members of the local Golden Dawn branch, attacked in military-type assault, armed with batons and helmets, the members of KEERFA. They caused injuries to 4 of them, who were transferred to the hospital Evangelismos. They destroyed tables with political material and parts of the sound amplification system. They staged Nazi-style salutes as there were orders given to start and to end the attack. Among the injured is the journalist of Workers Solidarity and the municipal councilor of the Maroussi municipality, Aphrodite Frangou.
The response was immediate from the neighborhood people. Dozens of people came to the square from the surrounding cafes and chased the fascists in the surrounding alleys.

The brazen attack unfolded with the backing of the New Democracy government and the "theory of the two extremes" and with the full tolerance and coverage of the Police.
When police appeared, long after the fascists had fled, they were faced with the rage of the people for their absence while the fascist attack took place. The local ELAS (Greek Police) official openly stated that the order was given "from above" that the police discreetly "monitor" the situation from two blocks away from the square.
The KEERFA event proceeded as planned and was attended by a large number of people from the neighborhood. The rage of the people was also expressed during the event. Participants on the panel included municipal councilors from Heraklion, N. Ionia, and Maroussi. Afghan refugees from the Malakasa concentration camp, workers and students and bystanders, we all affirmed that we would not stop fighting fascism, racism, the government and their system that breeds them.
Fascist attacks do not scare us. They infuriate us. Our struggles sent the Nazi leadership to prison. We will escalate these massive militant struggles to overthrow the government of anti-worker attacks, of poverty, racism and of sexism and pave the way for a society free of fascists, without exploitation and oppression.
We invite all workers and the youth, to participate in the anti-fascist rally on Monday, October 4 at 7 pm at the Metro Square in Heraklion.
We invite ADEDY (Public Workers Union), EKA (Workers Association of Athens), trade unions and student associations to organize towards the big antifascist rally on Saturday, October 9 in Omonia 3pm,