May 1, Demonstration, Museum, 10am Featured 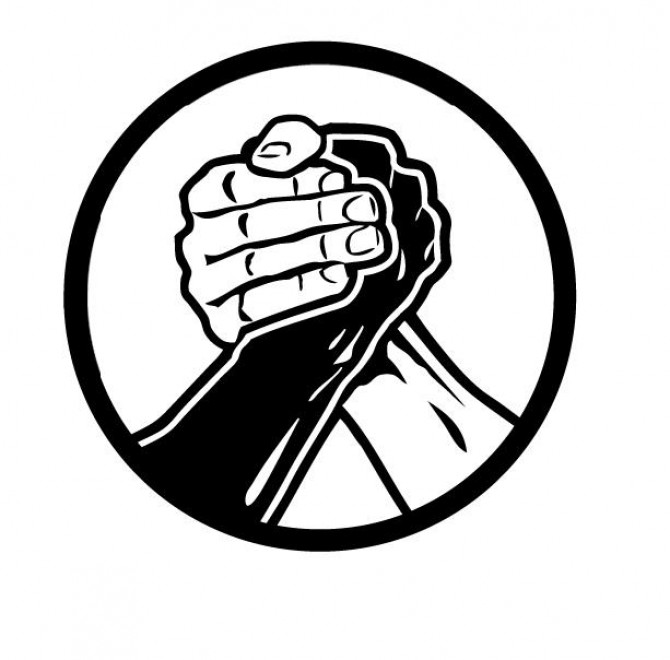 CONVICT THE NAZI MURDERERS OF GOLDEN DAWN
Open the borders for REFUGEES, NO TO FRONTEX
Close DOWN CONCENTRATION CAMPS, GIVE ASYLUM TO REFUGEES
PAPERS TO IMMIGRANTS NOW, CITIZENSHIP FOR CHILDREN
WORKERS UNITED WILL NEVER BE DEFEATED
The trial of the Nazi Golden Dawn (CHRYSSI AVGI) began on Monday, April 20, with the Korydallos prison besieged by thousands of workers, immigrants, anti-fascists, residents of Korydallos who responded massively to the call of ADEDY (confederation of public employees) for work stoppage and anti-fascist rally, along with KEERFA, demanding the conviction of the Golden Dawn murderers.
The massive presence imposed the beginning of the trial and opened up the issue of transferring it to the Court of Appeals (Efeteio) in Athens to ensure full publicity and prevent plans for downgrading the trial and soft landing for the Nazi killers. The trial will resume on May 7 and will find us again in front of them!
The unions, the KEERFA, the Municipality of Korydallos, immigrant communities, the movement of people with disabilities, friends and family of Paul Fyssas, Egyptian fishermen, the PAME and its trade unionists, all sent the message that this trial will be the tribune so that the murderers of the stormtroopers be accountable and to stop the immunity and the cover-up of their actions by government authorities, the judiciary, the police and shipowner offices who were backing them up.
May Day is the opportunity to send the message that we're pursuing to the end the fight to crush the fascist threat of the Golden Dawn.
We will not allow the Nazis to demagogue posing as the "legal party" that supposedly is against the memoranda and austerity, while instead they were bolstering shipowners and big contractors at the naval ship-building and -repair Zone to undercut the trade unions and wages.
At the same time we have to close the road to racism that opened the door for attacks, pogroms and stabbings with the Samaras campaigns to “recapture the city from illegal immigrants”.
The EU borders have become wet graves for over 1000 immigrants only in the last few days. The borders should be opened for refugees of wars, asylum and shelter should be given and not be shielded by enhancement of the FRONTEX that will send even more women and children down to the sea bottom. Now it is necessary to close down the racist concentration camps-hellholes. To stop the waste of armaments and to provide for the reception of victims of the imperialist NATO and EU interventions in the Middle East, Africa and Asia.
We want the government to give now PAPERS, legalization for immigrants to stop having new Manolades. Children of immigrants should get citizenship without obstacles.
It is a leading racist SCANDAL that rural workers in the strawberry fields of Nea Manolada not only saw the bosses and the company thugs get acquitted, but now the Tax Office mailed an invoice of 360 euros to each worker as costs for the trial proceedings!!! While the state does not deal with the fact that the rural workers remain unpaid, it finds fit to demand more from them! They send the message that employer terrorism offers profits to the bosses and in addition - why not? - money to the tax office coffers from the blood of the workers who received gunshots. SHAME!

Warning: count(): Parameter must be an array or an object that implements Countable in /home/antirac2018/public_html/components/com_k2/templates/default/item.php on line 248