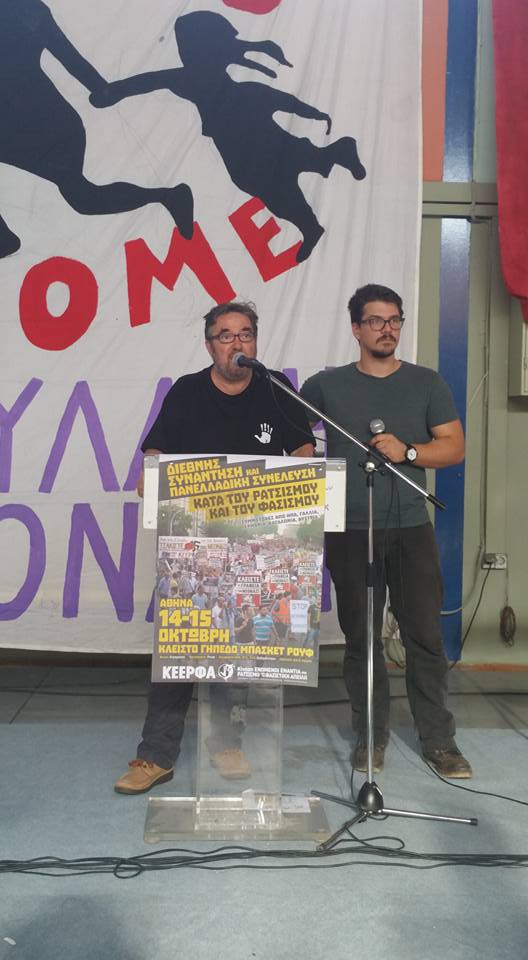 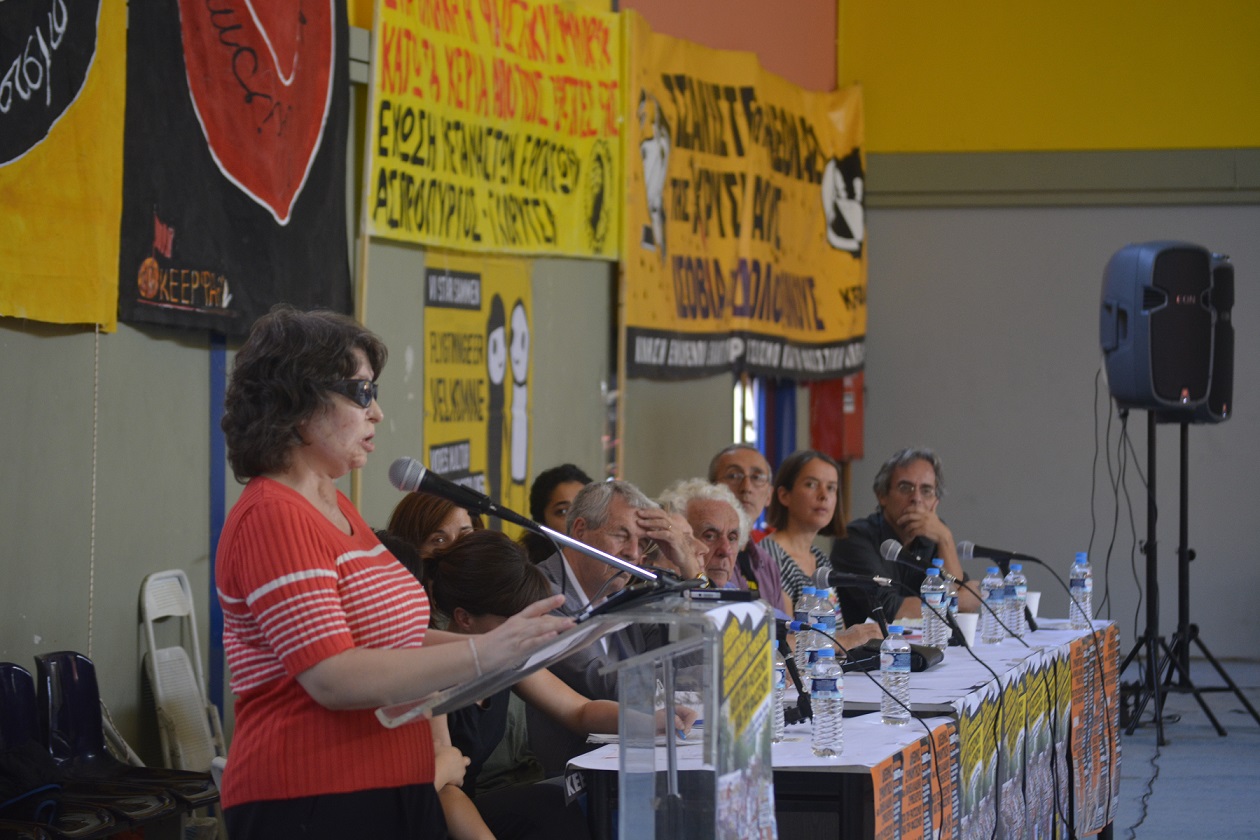 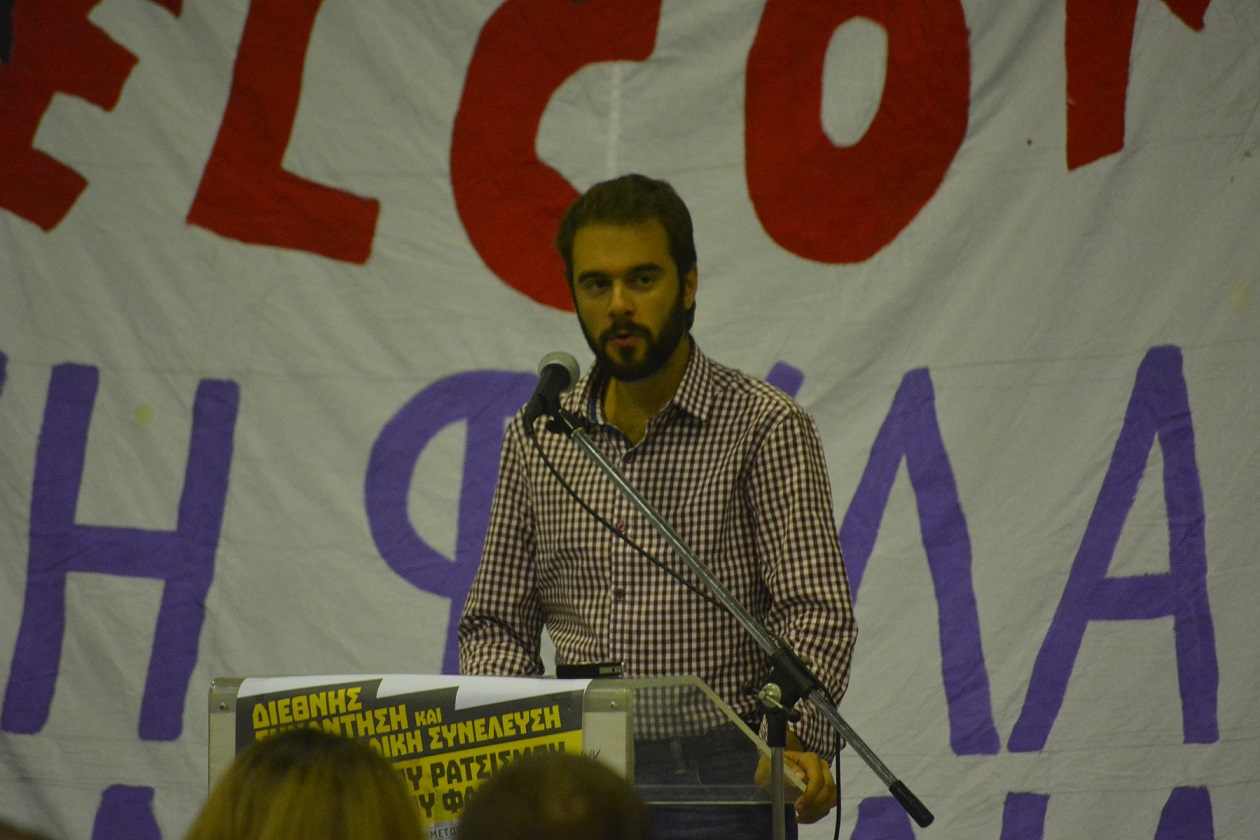 Call for international mobilization on 17 March 2018, Pan-European Day of Mobilization Against Racism and Fascism

Call for international mobilization on 17 March 2018, Pan-European Day of Mobilization Against Racism and Fascism

The development and reinforcement of the anti-racist and anti-fascist movement is a central political battle internationally. The long-running economic and political crisis is causing polarization that has widened over the last year.We saw the neonazis getting arrogant in the United States after the election of Trump and the racist exclusions against migrants, refugees and Muslims. We saw Le Pen in the French elections passing to the second round and reaching 30%. We saw AfD entering the German Parliament. We saw the FPO in Austria claiming the presidency with a high percentage and rising. More recently, those npstalgic for Franco came out into the streets of Spain.

But we also saw massive antifascist demonstrations in Boston and San Francisco, France, Germany, Austria and Sweden. We saw solidarity mobilizations with refugees and against Islamophobia in Britain, Barcelona and Greece. On March 18, we successfully coordinated a European-wide day of action.

The fascist threat is dealt with by the unifying and massive action of the trade unions, the workers' and the youth movement, which rank it high in their priorities.

We are now promoting demands for a massive anti-racist and anti-fascist movementWe defend migrant and refugees. We are demanding the abolition of the EU-Turkey and EU-Libya racist agreement to end the drowning in the Mediterranean and abolish the refusal of right to asylum. Open the borders, freedom of movement from the Aegean islands to the mainland, close the concentration camps and stop the deportations.We are against imperialist interventions and wars and we defend democratic civil rights.

We fight in the neighborhoods and streets to put an end to the brutal attacks of fascist and far-right parties everywhere.We build massive resistance to smash racism and the fascist threat, to leave the road open to the workers alternative, for a world without poverty, wars, exploitation, without neo-Nazis and racism.

We call for international mobilization on 17 March 2018, a pan-European mobilization day against racism and fascism, Islamophobia and anti-Semitism. 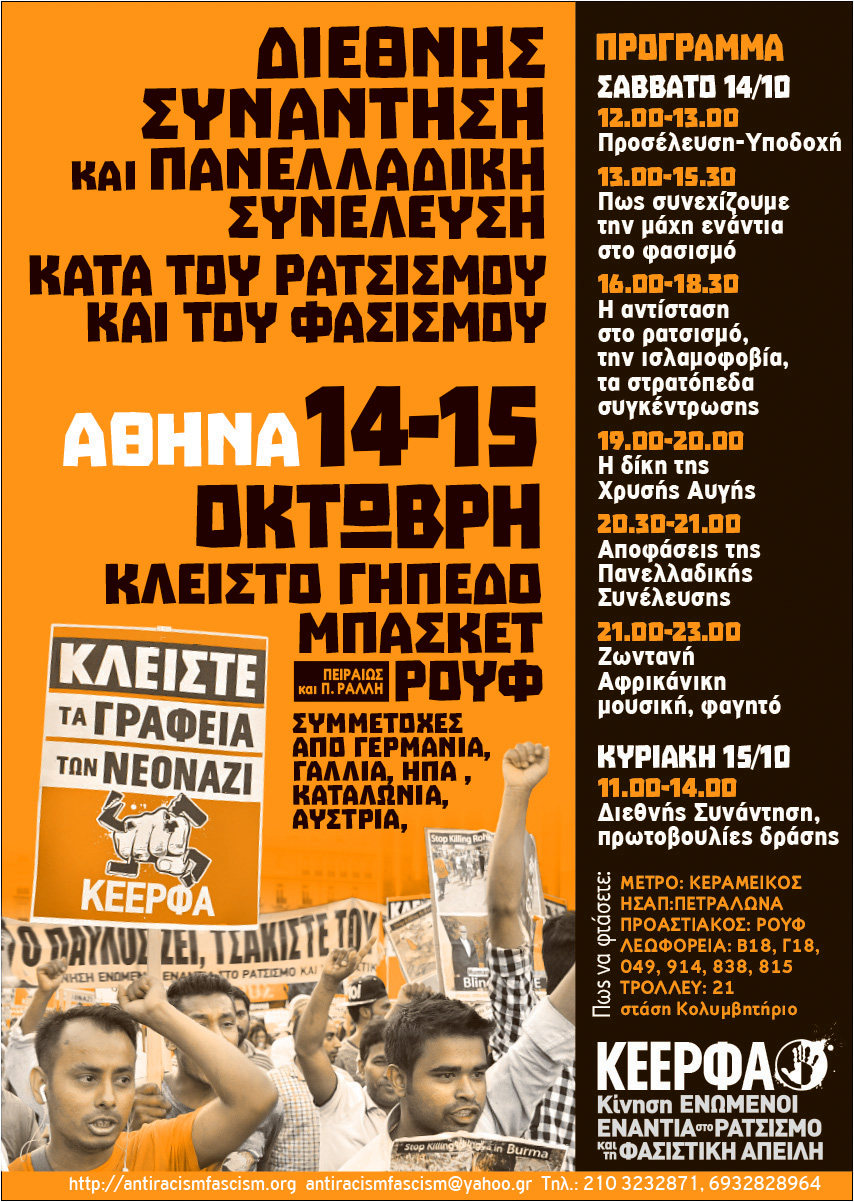 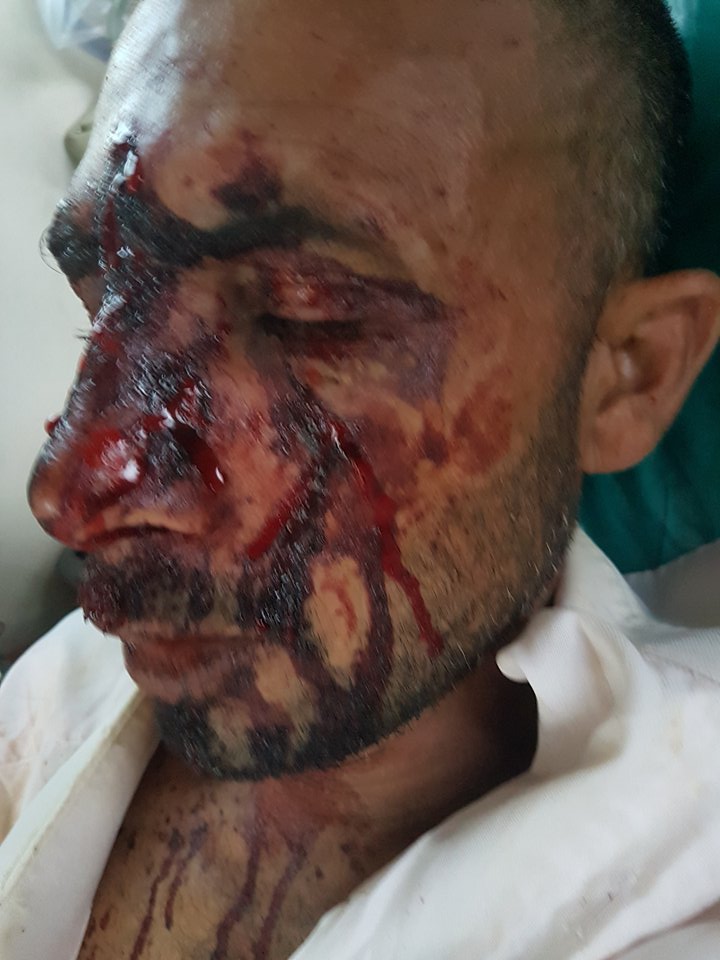 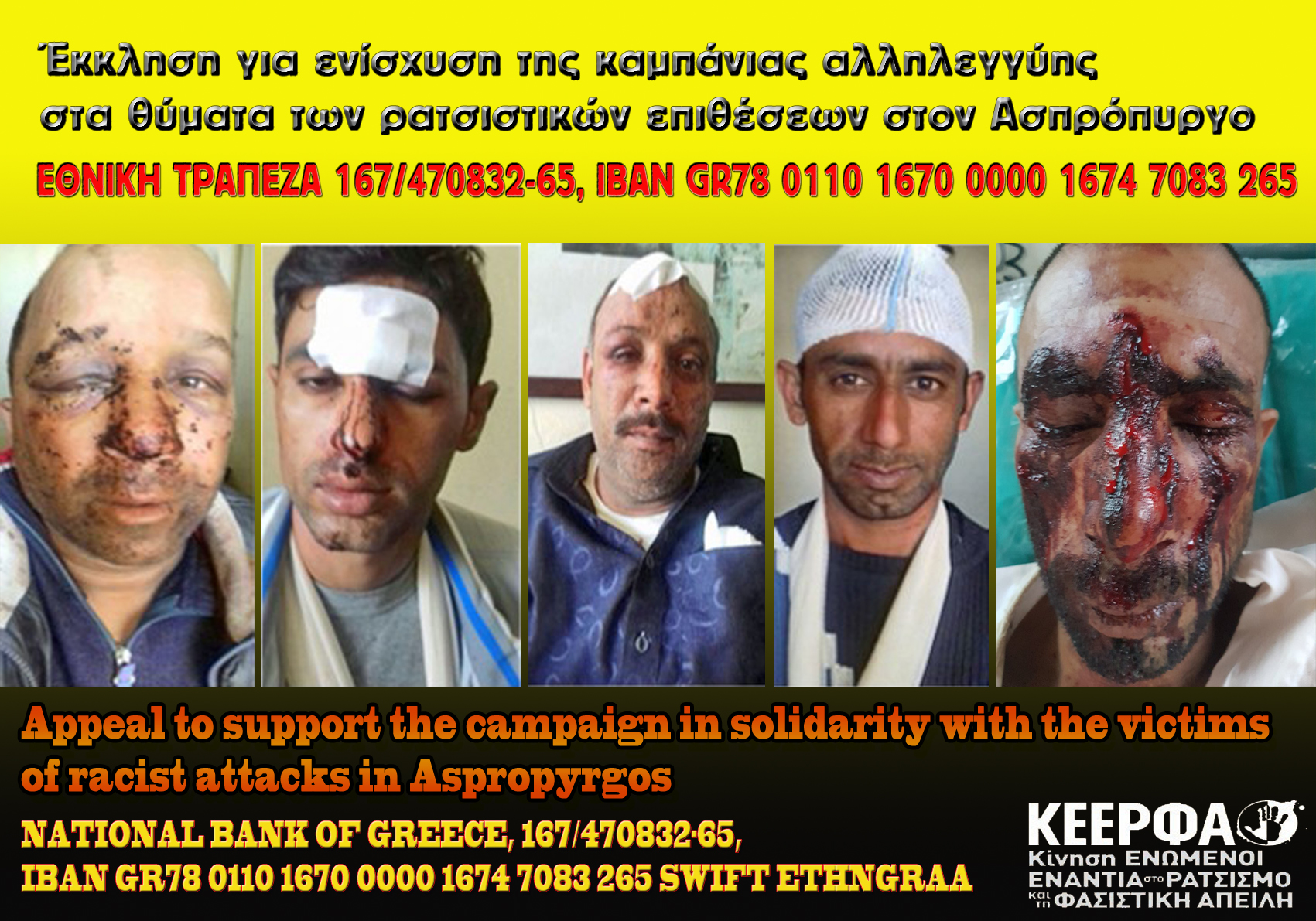 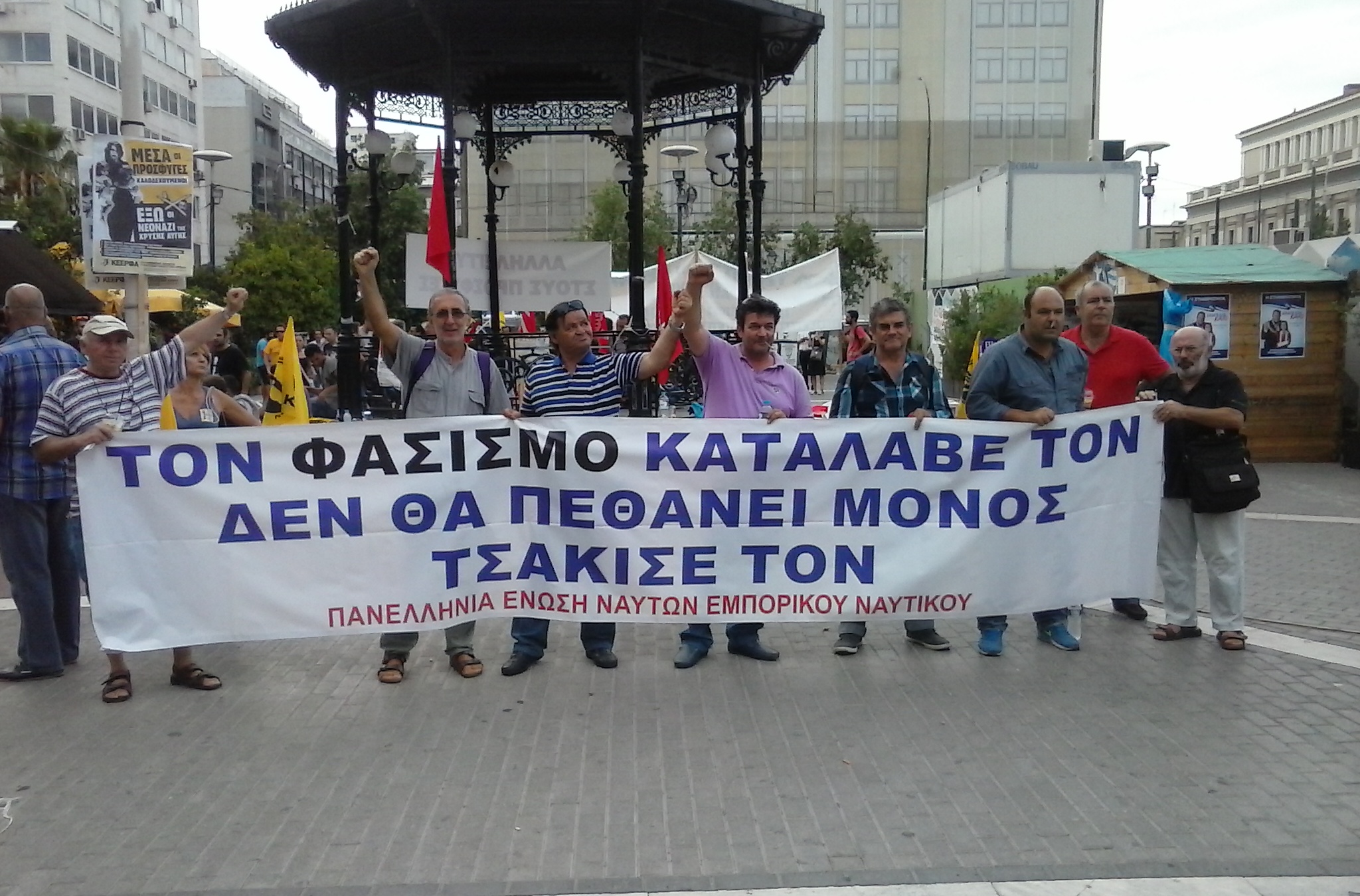